WASHINGTON (April 20, 2022) -- The United States today is responsible for only about 12% of microelectronics production globally, with most production now in Asia. The U.S. also lacks much of the capacity to confirm the viability and marketability of new microelectronics technologies so that American industry might be convinced to invest in them.

The Defense Department-led "microelectronics commons" aims to close the gaps that exist now which prevent the best ideas in technology from reaching the market. It will involve the identification of existing production facilities that are willing to participate and use DOD and federal funds to finance the initial investments.

Victoria Coleman, who serves now as the chief scientist of the Air Force, originated the concept of the microelectronics commons around seven years ago while working at the University of California at Berkeley.

"The genesis of this idea was in a conference room at the Lawrence Berkeley National Lab," she said. "The context was an understanding from really top-tier academics that investments that we were marking in early-stage microelectronics research could not be proven in the facilities that we have here at home. We had to go instead off to overseas places, in particular [Asia], to do the work that is necessary to prove out the innovation. That kind of blew my mind."

As an example, she said, one researcher in neuromorphic computing at Stanford had the ability locally to manufacture only a handful of the microelectronics he'd devised. Neuromorphic computing emulates how the human brain interacts with the world to deliver capabilities closer to human cognition and power future autonomous artificial intelligence solutions that require energy efficiency and continuous learning.

"But in order to prove it out, you need hundreds of thousands — if not millions — of these things," she said. "You need them at scale ... [The researcher] had to go to [Asia] to go make them, which, if we're worried about vendors infiltrating us, they didn't need to do it. I mean because we went right to them. And these are the crown jewels of what we are investing in as a nation for the next generation. So, why did you go there? Because there was no other place to go."

The idea for the microelectronics commons was further developed while Coleman was at the Defense Advanced Research Projects Agency. She said it was there, that she worked with staffers on Capitol Hill to get the idea put into the Creating Helpful Incentives to Produce Semiconductors Act, commonly called "CHIPS."

Coleman said U.S. researchers in both academia and industry still develop fantastic concepts for new microelectronics technologies, including for things such as novel photonics, spintronic materials, quantum computing, or non-volatile memory, among others. 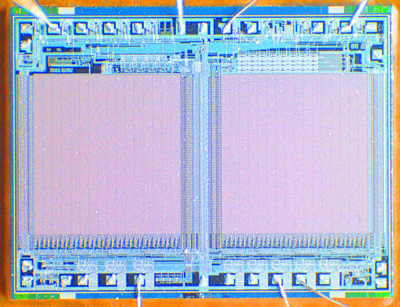 The DOD's microelectronics commons aims to close gaps in America's ability to bring new microelectronics technology to market. Seen here is a microchip inside an erasable-programable, read-only memory chip, dubbed EPROM, built in the 1980s.

In a research lab at a university, for instance, technological advancements in microelectronics that exist now or that may be invented in the future, might only exist on paper or in a handful of real-world prototypes. Ultimately, the goal for the innovator of a new technology is to have a market interested in making use of it and a producer interested in manufacturing it.

Proving that a new microelectronics technology works and is marketable requires innovators to first find somebody willing to take on the initial risk of investing in their ideas. It may require the production of as many as a million quality protypes to prove the technology works and that businesses would be interested in integrating it into the products they produce.

That intermediary step between a researcher's concept and a manufacturer's commitment — called "lab-to-fab" — is largely happening now in overseas semiconductor fabrication plants, the FABs, rather than the U.S., Coleman said.

"In microelectronics [there is a] 'canyon of death.' You may have a theory about a new kind of device that will give you lots of computational advantages, but nobody will invest the money to go and build a FAB — take $20 billion to build something — unless you can show in practice, not just theory, that it will give you the advantages, the compute advantages that you are expecting," she said. "The microelectronics commons sits in the middle. The commons straddles these two extremes, where at one end you can build three devices and at the other end you need to build literally billions of them at very high cost."

With the microelectronics commons, Coleman says DOD proposes to, at least initially, fill in the intermediary step that allows the best new technologies being developed in U.S. labs to make the significant jump to commercialization. 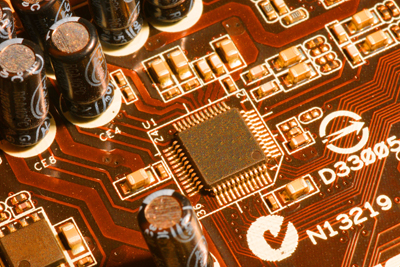 In addition to the hubs, there would also be "core nodes" capable of producing larger 300 mm wafers more suitable to make the transition to commercial production.

About 10 hub nodes and two core nodes are expected to be needed to make up the microelectronics commons.

"Our [notion] was that you will have one place where you do 300 mm, and then you can have multiple places where you do 200 mm," Coleman said. "Each one of these places was specialized in a lot of these technologies. Maybe one will be photonics, maybe the other will be memory, maybe another will be logic. And then when, you know, when they are mature enough at the hubs, they move into the core. Then you go from the 200 mm to 300 mm."

With the microelectronics commons operating, novel technology developed domestically could make it from lab to market entirely inside the United States. The commons would both ensure that American ingenuity stays inside the U.S. and isn't stolen by adversaries and that the nation rebuilds the capacity to do on its own what it must now depend on foreign nations to do.

While DOD plans initially to pay for development of the commons, it's not expected to have to pay for forever, Coleman said.

"The notion is that eventually the commons becomes self-sustaining," she said. "You know, after the initial set of investments, maybe the government maintains a 10% investment. But it's managed as a business with different kinds of profit margins depending on who the customer is. It's a national facility that is used by multiple actors — both professors, small businesses, and startups and large businesses — with differential kind of access rates." 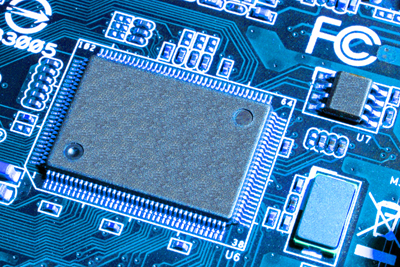 Getting microelectronics design and production back in the U.S. is critical, Coleman said, because anything less means the U.S. might end up entirely dependent on an adversary to produce the electronics the U.S. needs for defense.

A common misconception is that so long as the U.S. remains the innovator — the designers and developers of technology — it makes no difference where the technology is finally built. But Coleman said that's wrong.

"If you let go of production, that means that you are de-skilling the workforce, and it eventually brings you to the place where you can't do design either," she said. "It's a really kind of insidious cycle that needs to be broken, and CHIPS kind of recognized that. So, all these things — design, production, assembly, packaging and testing — they all need to be, we all need to have them here at home."

She said another option is what's being referred to "friend-shoring," where if those capabilities are not inside the U.S., they reside with allied and partner nations.

"The key message should be that we are captive for proving out our innovations to China and our adversaries, and that is a national emergency," she said. "There's no other way to talk about it. It's just unacceptable that we found ourselves in that situation. ... The solution to that is this commons. This is what the commons is all about."