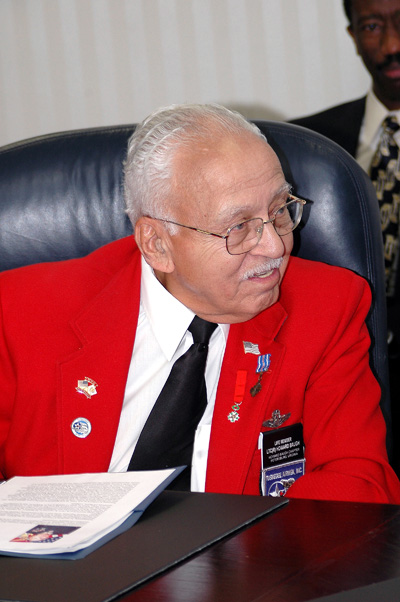 Retired Lt. Col. is one the Tuskegee Airmen that visited the Pentagon at the invitation of the secretary of defense. The pioneering Airmen made their visit Nov. 10. Colonel Baugh flew P-40 Warhawk and P-51 Mustang aircraft, among others, between 1942 and 1947. In all, he flew 135 combat missions during World War II.


Volunteers give comfort by sewing 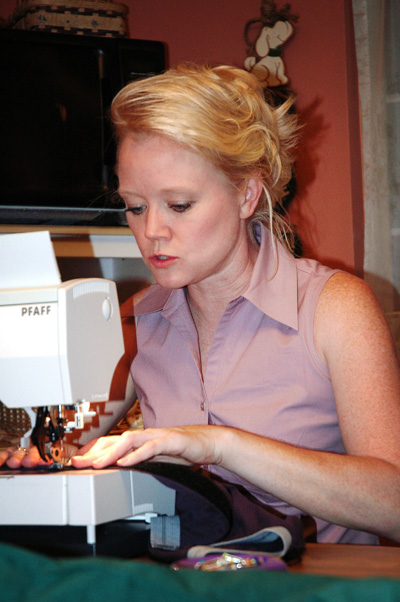 Maj. Sandra Edens attaches a fabric fastener to a pair of shorts. "Sew Much Comfort" program volunteers modify articles of clothing for injured servicemembers. Major Edens is a reservist assigned to the Pentagon. 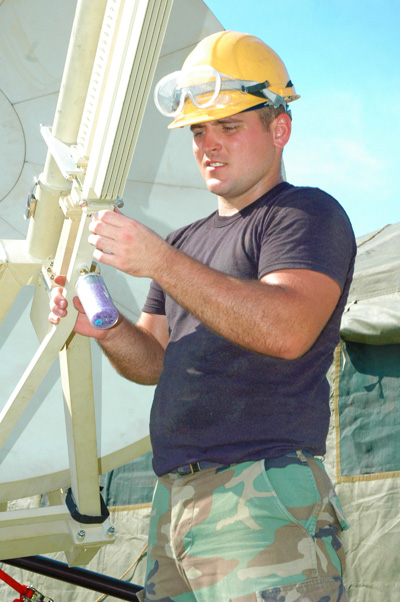 Senior Airman installs a satellite dish at the newly constructed tent city near the New Orleans airport. The dish will provide telephone and Internet capability to Airmen living in the city. 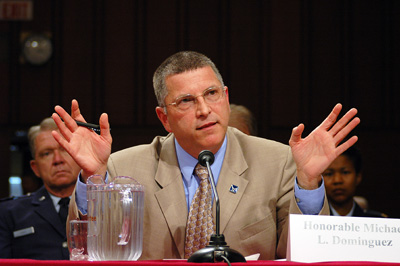 testifies before the Base Realignment and Closure commission Aug. 11. Mr. Dominguez told BRAC commissioners the Air Force fleet will become smaller if the service's BRAC recommendations are approved. He also said new aircraft like the F/A-22 Raptor will compensate for the smaller fleet because the Raptor is far more capable than the aircraft it is designed to replace. Mr. Dominguez is the assistant secretary of the Air Force for Manpower and Reserve Affairs.


Better than aviation education is a really cool patch 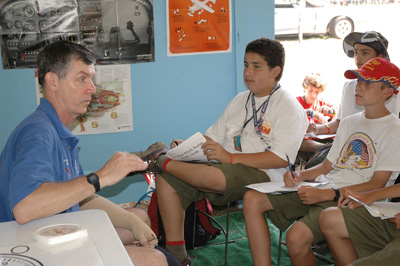