WASHINGTON (March 08, 2019) -- The weeklong U.S. Senate Youth Program trip to Washington concluded with a visit to the Pentagon. The 104 high school participants had a tour, a quick lunch and a meet and greet with David L. Norquist, who is performing the duties of deputy secretary of defense, and Vice Chairman of the Joint Chiefs of Staff Air Force Gen. Paul J. Selva.

Norquist spoke to the youth about his own public service, and the wide variety of opportunities in federal government. 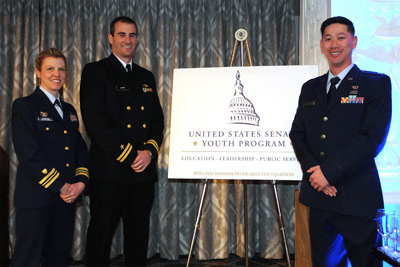 "I would encourage you, if this week is inspiring you, and these sorts of things are interesting to you, keep that in mind as you go through college, as you look at the opportunities," Norquist said. "The councilors will give you great advice. And frankly, there's a wide range of things that we do down here in D.C. and across federal agencies, like NASA and others that you can find a niche for the types of things that you do."

The students, or "delegates" in program parlance, represent each of the 50 U.S. states, the District of Columbia, and Department of Defense Education Activity schools.

The program, now in its 57th year, began in 1962 with a Senate resolution "to increase young Americans' understanding of the interrelationships of the three branches of government, the caliber and responsibilities of federally elected and appointed officials, and the vital importance of democratic decision making not only for America but for people around the world." 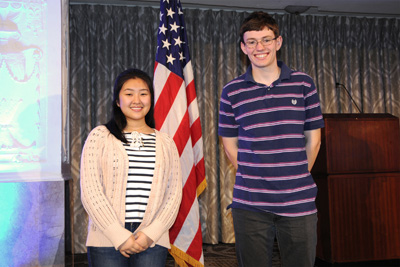 While in the nation's capital, the delegates visited a variety of locations, some of which are not seen on an average tour, including Mount Vernon, the Library of Congress, the Supreme Court, the Pentagon, the U.S. Senate, Arlington National Cemetery and the White House.

Program delegates weren't on their own in Washington. Guiding them on a tour of the world's most powerful city were a team of military officers representing every branch of the military.

Learn more about the program here.